No, not that The General from the Irish-American named Keaton. The one about Martin Cahill, arguably Ireland’s most notorious criminal, directed by John Boorman. You know, the guy who directed Excalibur, Deliverance and Lee Marvin kicking lots of asses in Point Blank?

Nominated for the Palme d’Or and winner for Best Director at the Cannes Film Festival in 1998, this film follows not necessarily the rise (some, but not all of it), but certainly the fall of Cahill highlighting his greatest criminal achievements and his single biggest mistake. In a country well-known for its many characters, Cahill ranks up there. A Robin Hood of sorts, Cahill was notorious for many reasons – he fought the Dublin Corporation for tearing down his home in the slum Hollyfield section of Dublin and won giving his family a better place to live than where he was to be relocated, he engineered the largest heist in Irish history at the time, he and his crew robbed Russborough House of its most prized paintings including those by Rubens, Goya and Vermeer‘s Lady writing a Letter with her Maid. He took care of his own and didn’t give a damn about anyone else. And when someone like this exists they make enemies in many arenas and usually meet an untimely end. After making a deal to sell the above mentioned paintings to the pro-England paramilitary the Ulster Volunteer Force (UVF) who in turn sold the paintings to buy guns to fight the Irish Republican Army (IRA), his death sentence was put into motion and on August 18, 1994, an IRA gunman shot and killed him. 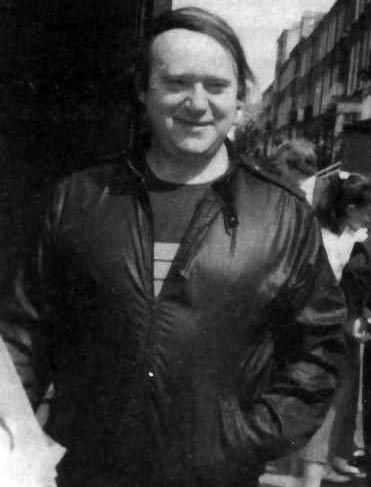 And that’s the scene that opens the film. Shot in exquisite black and white (or you can watch in desaturated color on the DVD) by Seamus Deasy, the film captures the bleakness of Cahill’s story punctuated by the opening scene. The slums of Hollyfield are all the more desolate, the violent acts perpetrated by Cahill and his crew and against them are surprisingly more visceral, and the unconventionality of Cahill’s family situation – he was married to Frances (played by the gorgeous Maria Doyle Kennedy) but also carried on an amorous relationship with her sister Tina (Angeline Ball) – all the more crisp. 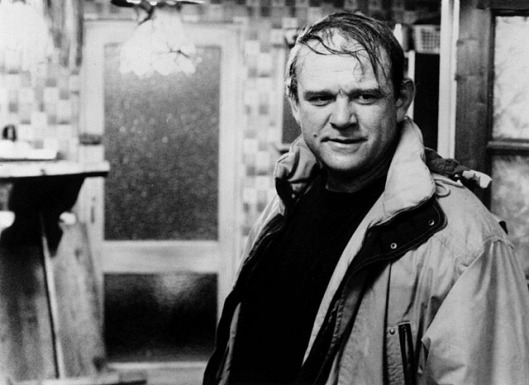 Brendan Gleeson as The General – your man’s a fuckin’ dead ringer, no?

Boorman does such a wonderful a job of painting a full portrait of Cahill, detailing his entry into crime from an early age as well as his love for his future wife Frances. By showing us his evolution as criminal, his fight against authority and his struggle to protect and provide for his family and those loyal to him, we as viewers become quite attached to Cahill, going so far as to root for him to survive and succeed. However, Boorman has to remind us that Cahill, despite his likeability, is a ruthless criminal and will do what it takes to protect himself at all costs. Take into account the scene in which he disciplines Jimmy (Eanna MacLiam) for supposedly skimming from the pool of stolen gold he was driving to a fence in England. Shortly after handing out groceries and other necessities to local people in need, Robin Hood-esque Cahill literally puts the hammer down on Jimmy as he nails his hand to a billiards table, a brutal reminder that even though Martin takes care of his own, he also holds nothing back should they cross him. 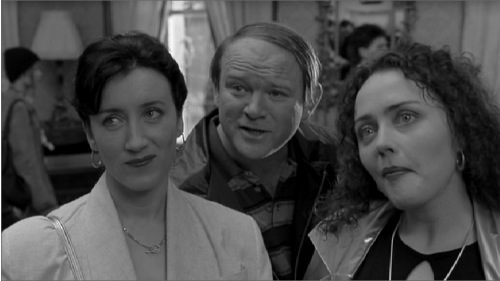 Martin’s relationship with the police plays a large role in the film, particularly with Inspector Ned Kenny (played by Jon Voight, who starred in Boorman‘s Deliverance). A composite of several gardaí members who surveilled and pursued Cahill, Kenny is constantly moved to cover the areas where Cahill lives and plies his trade. It is an interesting game of cat and mouse between the two, Cahill usually getting the better of Kenny. Despite their roles, you can see that Kenny has genuine respect for Martin, whom he wishes would turn straight to avoid ending up in prison for life or worse yet falling to a bullet. Kenny warns Martin after he hears of his possible involvement with the UVF that he has signed his own death warrant, but of course Martin won’t hear of it, convinced he can outsmart the IRA.

Listen to me Martin…you’re in a deep, deep hole. Ned Kenny (Jon Voight) tries to talk sense into Cahill.

As his crew succumb to drugs, the overwhelming pressure that the media spotlight on Martin brings them because of their association with him or other personal missteps, the walls close in on Martin. Sick with diabetes and his family the only thing to insulate him from the dangers of his world, Martin is vulnerable for the first time since he was a boy. And it cost him his life.  With accusations of collaboration with gardaí, the IRA got to Martin and took his life, ending his reign as The General.

Perhaps the biggest triumph of this film is the casting of Brendan Gleeson in the lead role as Cahill. He is on the top of his game and you can see him totally inhabit this character. And damn if he doesn’t look just like the real Cahill. It’s a shame that he is more well known for his role as Mad Eye Moody in the Harry Potter films than for his roles in this or In Bruges (in which is he is unbelievably good as well). This film is nowhere near as successful without him playing Cahill.

This is my favorite film of 1998, beating out Malick‘s The Thin Red Line by a nose and is far superior to the bulk of the films that were feted that year, among them the awful Shakespeare in Love and Saving Private Ryan (which is about 30 minutes of good and 140 minutes of terrible). It spectacularly covers the antics for which Cahill was so well-known even if it, like most biopics, takes some license. If you want to see a short interview with Cahill to get an idea of what he was like, here it is:

This film is streamable on Netflix should you have access to it, although it is some color-enhanced abomination, not the original black and white film.