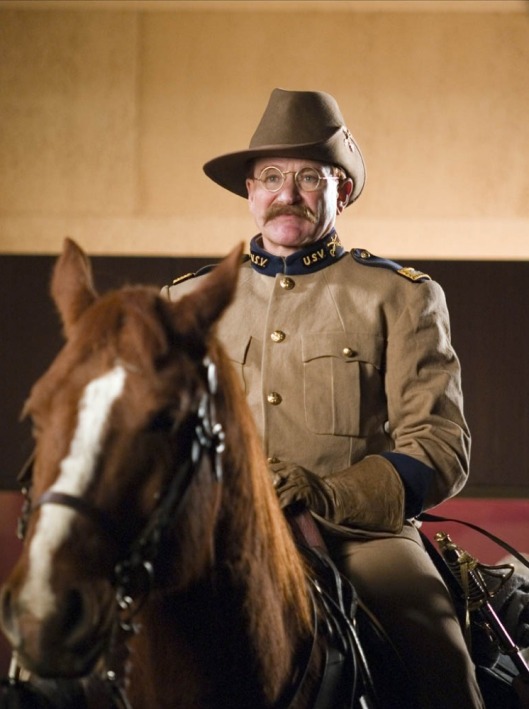 It’s been a while since I rapped at you (to take words from the mouth of the legendary Jim Anchower), and I apologize for that, but I wanted to throw this out as we careen towards the end of another year and set our sights on the new beginnings of a fresh 12 months.

Yesterday, I took my two amazing sons to see the third installment of the Night at the Museum franchise. While mostly middling films that certainly can capture the imaginations of youngsters watching them, the presence of comedy heavyweights Ricky Gervais, Steve Coogan and of course Robin Williams in the Night at the Museum films gives the adults accompanying said youngsters something to watch as well. As I sat through the silly chase sequences rather reminiscent of the first two films populated by CGI dinosaurs, constellations and other antiquities come to life, I realized that I was seeing Robin Williams final on-screen performance (he does have another role, voice only, in Absolutely Anything coming out in 2015) and the enormity of that overwhelmed me. My sons only recognize Williams from playing Teddy Roosevelt in these films, so they certainly didn’t grasp the weight of this performance, which in every way was typical Williams – done with gusto and genuineness and peppered with a little crazy, but in a way that is all good and expected.

But as the time ticked away on the screen life of one of the big screen mainstays of my life, a man who was only one year older than my own father when he took his own life earlier this year, I got a little teary-eyed knowing I wouldn’t ever again see him doing what he did best. And when his final line was spoken, “Smile my boy, it’s sunrise,” I’m not sure he could have had a better cinematic send-off. While perhaps insignificant outside of the context of the film at the time of the filming, this line carries a tremendous amount of weight in light of the circumstances of Williams passing. Part of me felt like we lost him all over again.

I’m not sure what else to say about this other than seeing this film affected me in a way I didn’t expect. I was happy that I was there with my boys, that I was able to hold my 7-year old’s hand as we walked out of the theater closely followed by my 9-year old as they happily recounted their favorite parts. While Williams‘ line didn’t make their list, I quietly pocketed it in my own memory as my favorite part.